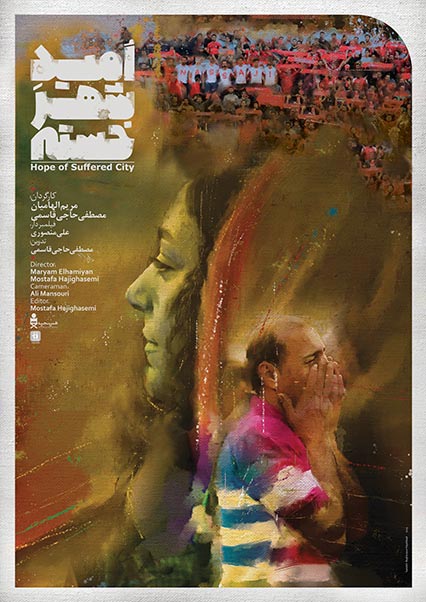 You can now buy tickets for the movie "Hope of suffered city" and watch this movie on your computer, tablet or mobile phone.

With the purchase of each ticket, a special code will be sent to you, and by entering that code and clicking on the "View" button on the "Hope of suffered city" screen, you can watch a movie during the screening.

Mazandaran textile team after the bankruptcy of Mazandaran textile factories with the help of its fans stood up and, unlike many teams that were destroyed, was able to remain a popular effort. This team had brilliant achievements in Iranian football at its peak, but now it has been relegated to the lower leagues and first division for twenty-four years, but during all these years, the fans stayed with their team with enthusiasm, energy and hope, and this team They called it the hope of their tired city. A city that lost three of its large factories, which flourished in Ghaemshahr, due to lack of large-scale management, and was severely deprived of amenities. In this film, we see the final six weeks of the first division league matches with three special fans; Reza Naderi, who lost his father as a child in the textile team and loves this team, Javad Pourmand, known as Javad Yakhi, who is a fan of two fires and vows, if he ascends to the Premier League, he will walk to Imam Reza's pub and Maryam Elhamian is a fan of a girl who wants to watch the games up close, but ... In these last six weeks, the Mazandaran textile team still hopes to advance to the Premier League, and the sensitivity of the games for the team, the city and the fans is at its peak.