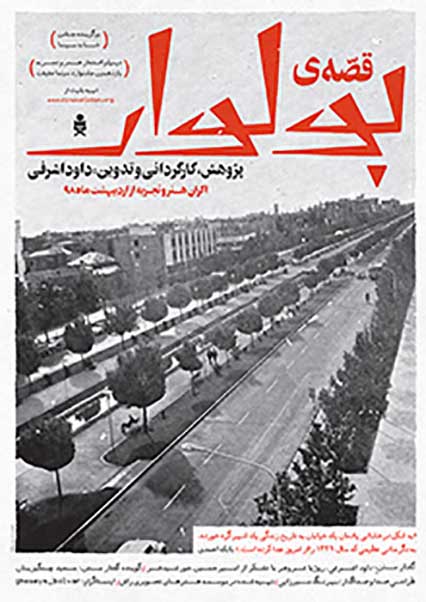 The story of the Boulevard

"Story of the Boulevard" about Keshavarz Boulevard is one of the most famous streets in Tehran, which was built in 1339. The film is a sort of line of history, narration and events, with all its ups and downs, with all its aspirations, the path that turns the street into our collective ... Rewards - Winner of Honorary Diploma in Art and Experience from the International Truth Festival 2017 - The best documentary on the subject of Tehran in the 2009 city festival - Diploma of Honor for the best documentary in the 40th year of Tehran Image Festival of 1399